The Hulk just showed fans that sometimes it takes more than raw, brute strength to escape confinement, in fact – in Immortal Hulk #40 – it took the Hulk’s weakest form to deliver his salvation. Throughout the Immortal Hulk series, the gamma irradiated monster has discovered hidden and buried truths about himself and the circumstances of his creation. Along for the ride is a certain persona which Banner and the Hulk both wish had stayed buried – that is, until this latest Immortal Hulk issue. An old personality within the depths of Bruce Banner’s mind was the only form capable of freeing them all from captivity.

Sunshine Joe, previously known as Joe Fixit or the Grey Hulk, is shown in Immortal Hulk #40 a little differently than how fans are used to seeing him. Fixit is neither grey nor hulking in his most recent depiction. Joe Fixit is an alternate persona within Bruce Banner who previously manifested as a Grey Hulk but, since the rise of the Devil Hulk, now manifests in Banner’s normal human body, more similar now to Tyler Durden from Fight Club than another version of the Hulk.

Related: What Color Is The Hulk’s Tongue, And Why Does It Matter?

In Immortal Hulk #40, the Hulk’s physical body is being held captive on Alpha Flight’s space station. Inside Bruce Banner’s Mindscape, Joe Fixit and the Devil Hulk are discussing their next move, now that Bruce Banner himself is no longer a part of the conversation. In Immortal Hulk #39, Samuel Sterns, aka the Leader, who has been imbued with dark other-worldly power, snatched Bruce Banner out of his body through his mindscape and took him to hell. While Banner is suffering a gruesome fate, the Hulk and Fixit are left to sort out the physical issues before them. The Hulk’s body is weak, and Alpha Flight has him in their grasp, so the only way to get out of their predicament is through a quick exchange of bodily control and resulting metamorphosis. Depicted on the page as the series’ most disgusting transformation yet, the Hulk turns into Joe Fixit in order to escape restraints made for his huge, muscular form – a move his captors never expected.

Joe Fixit escapes from the Alpha Flight space facility by shooting out a window on the station, with the decompression sucking him out into space. In the fall through Earth’s atmosphere, Fixit transforms back into the Hulk to survive the impact. Once back on Earth, an extremely weakened Hulk runs into the Thing, waiting to clobber him partly in revenge for the Hulk ruining his honeymoon. While it looks like the Hulk will need his strength again in a hurry, his tactical transformation into a weaker form is just the latest example of how The Immortal Hulk has transformed Bruce Banner’s collection of personae from a problem into a dysfunctional family. The Hulk has never been up against a bigger threat than in his current adventures, but he’s also never had so many tools at his disposal – or the disposition to use them effectively. Will he find an equally creative way to complete his escape? It’s unclear for now, but what fans do know is the strongest Avenger is no longer a captive of Alpha Flight, all thanks to the Hulk’s ability to cede control to his weakest form.

Next: Hulk & The Thing Are Finally Getting Their Rematch

Will Supergirl’s Finale Kill Kara? How Her Arrowverse Story Should End

Posted on November 22, 2020 Author Toby
With Supergirl ending after six seasons, fans are wondering if Kara Zor-El will die a hero’s death or continue on in the Arrowverse after the finale.
Movies 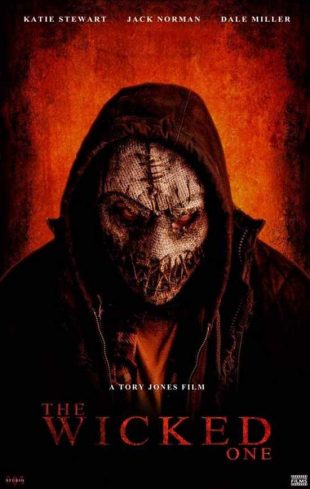 Rate This Movie SYNOPSIS: Friends heading to a country house run a fowl of a masked serial killer with ties to the land. They have the killer outnumbered, but that doesn’t mean much when the killer won’t stay dead. REVIEW: Directors: Tory Jones Writers: Cheyenne Gordon, Tory Jones Starring: Katie Stewart, Dale Miller, Sonya Delormier, …

The post Film Review: The Wicked One (2017) appeared first on Horror News | HNN.

An effortlessly loquacious script, compelling performances and sharp style make what is a small scale encounter with a band and a musical talent agent riveting entertainment. A snappy opening with truly stylish editing sets the film up to be something it isn’t. I was expecting this snappy, erratic story with an abundance of locations and […]

:
Spins And Submits Your Articles, Videos, Blogs, And Press Releases To Over 500 Sites And Gives You 1000’s Of Backlinks Automatically…. Plus You Can Instantly Add 100’s Of Additional Sites.